After rising to national prominence and having been named one of the "15 Best Trial Lawyers in America" by the National Law Journal, Oscar Goodman was elected Mayor in 1999 and has worked tirelessly for the citizens of Las Vegas. Re-elected in 2007 for a third and final term, the Mayor has unprecedented popularity, receiving 84% of the votes in the last election. Oscar Goodman's successful law practice and well known interviews on "Sixty Minutes" and he has been featured in many national publications such as the Wall Street Journal, USA Today, The New Yorker and even portrayed himself in the movie "Casino" and other television series such as "CSI".

While many firms boast scores of attorneys on staff, Goodman Law Group is a boutique office, dedicated to personalized service and attention. Goodman says, "I am completely committed to knowing every detail and nuance of the cases I handle. If I'm better prepared, my client is more likely to win. That's one of the reasons I don't use associates."

When we accept a case, we are making a commitment to our client that we are willing to take it all the way to trial. Unless it's in the best interest of the client to settle, we're going to prepare to litigate and win, that's what we do." While Ross Goodman has won many Not Guilty verdicts in criminal cases, he has expanded the firm's scope of representation to include civil and business litigation resulting in multi-million dollar settlements.

Goodman Law Group is undeterred by the complexity of a legal matter, handling the most difficult of cases and often garnering national media attention.

Ross Goodman has been featured on "Nancy Grace," The Best Defense" and other "Court TV" and local news programming. 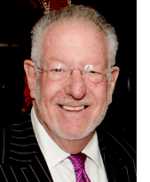